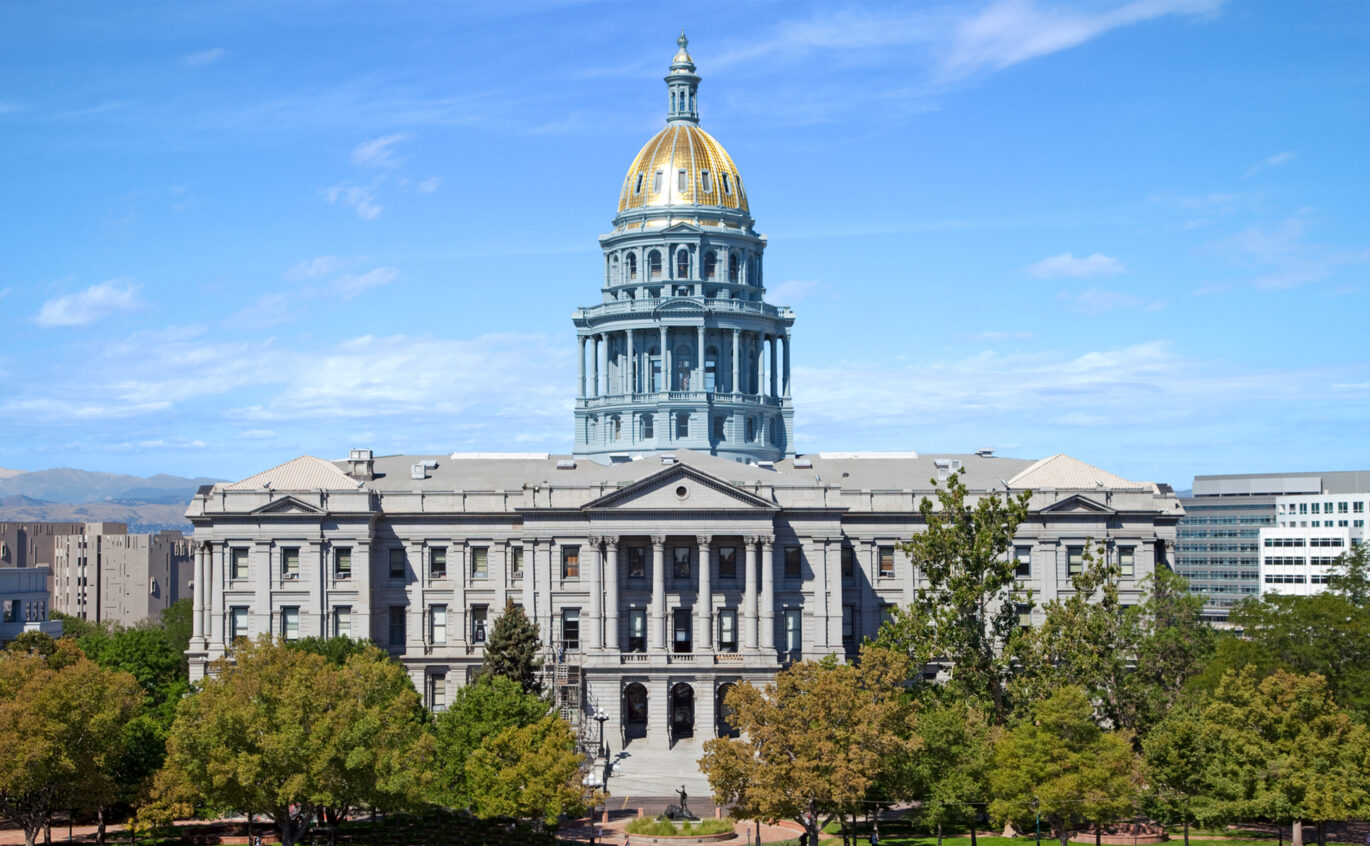 The most iconic building in Colorado sits on a hill overlooking Civic Center Park, one mile above sea level. Designed by Elijah E. Myers, and constructed from 1886 to 1903, the statehouse stands at a comparable height of 11 stories, including its 270-foot dome. The dome was originally completed in 1898 with a copper covering. Over time, the copper grew dull, rather than oxidizing in the Colorado air. To brighten the dome, it was gilded, first in 1908 and again in 1949, 1980 and 1991. 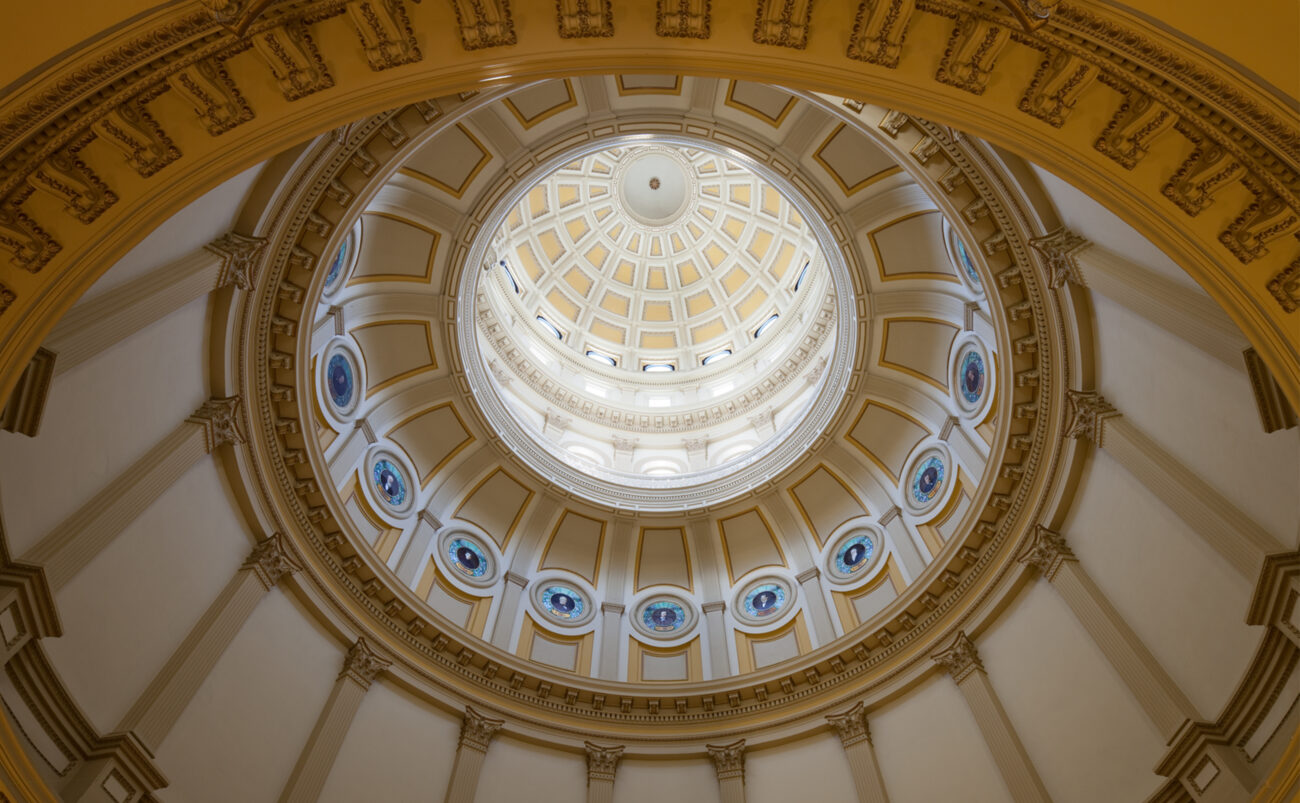 In 2006, a sizable chunk of cast iron fell from the dome onto an observation deck which had attracted thousands of tourists each year. It was immediately closed to the public and a campaign was started to finance repairs. The legislature appropriated $16 million and donations poured in through the “Share the Care Colorado” fundraising effort.

Initially, we were engaged along with our comprehensive team of assembled artisans to address the severe structural deterioration of the dome. Our work was painstaking and detailed, requiring strict adherence to preservation standards. We brought in cast iron experts from Salt Lake City and disassembled the dome piece by piece. We removed the original copper, replaced it with new, and had 24-karat Colorado gold milled into leaf by Italian artisans. More than 140,000 gold leaf sheets were used in the repair, creating a sheath of gold on the dome one eight-thousandth of a millimeter thick.

Following the dome restoration, we replaced the slate and copper roof and restored the exterior granite façade and the Capitol’s windows. Over the past decade, we’ve restored the entire exterior of the people’s building, strengthening it for the next 100 years. 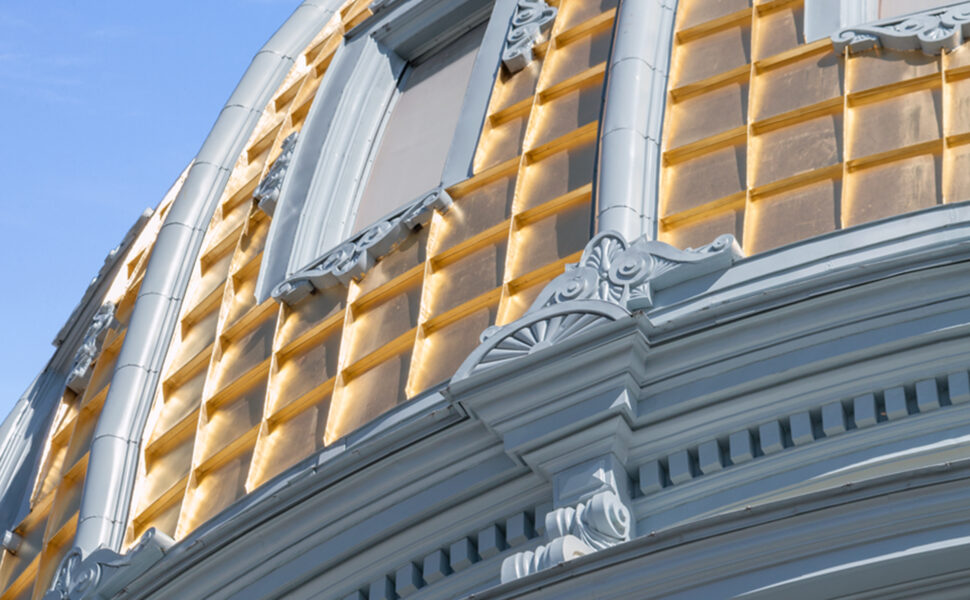 Gold on the Dome

The gold bullion used for the new gild was donated in 2011 by mine owner AngloGold Ashanti. The 24-karat gold, valued at more than $116,175, was shipped off to Florence, Italy, and milled into gold leaf. 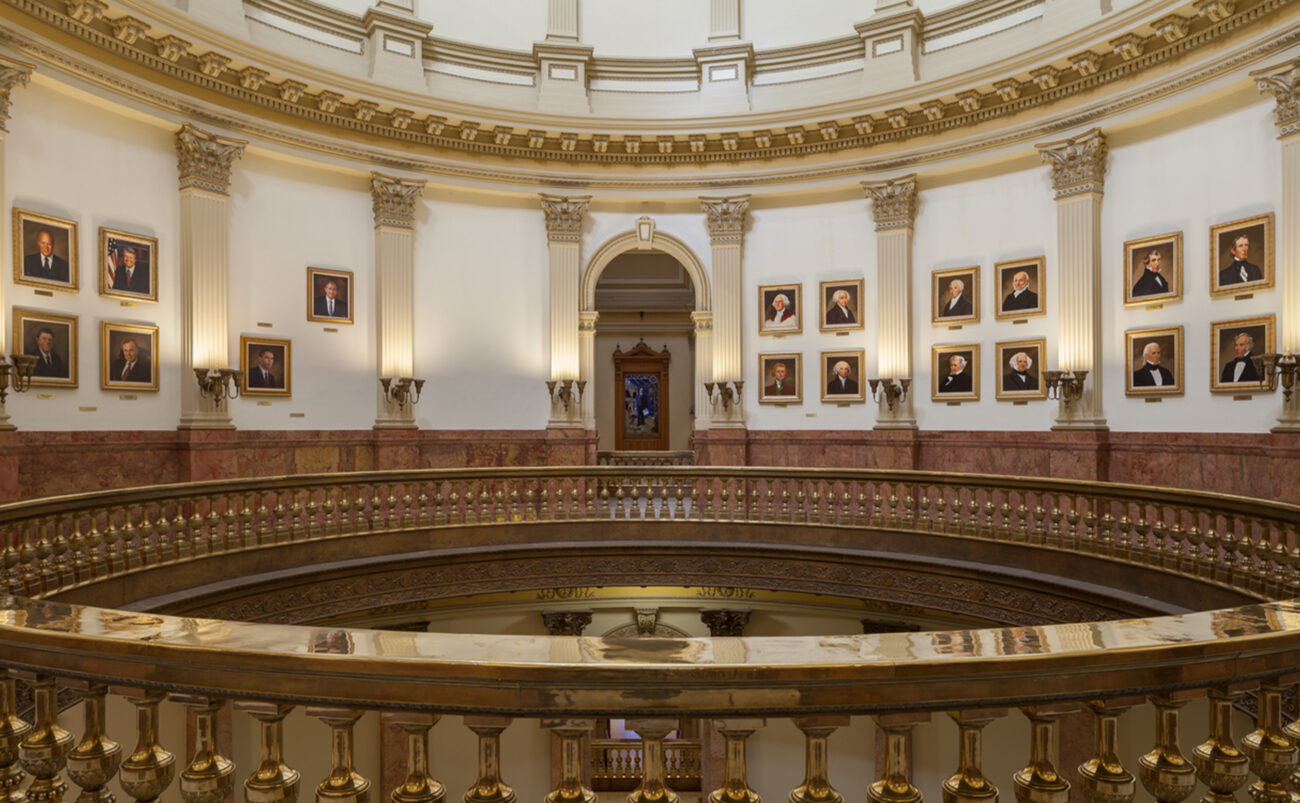 A Century of Signatures

Every dome designer, artisan, and craftsman has signed the interior of the dome, including us, over the last 100+ years. 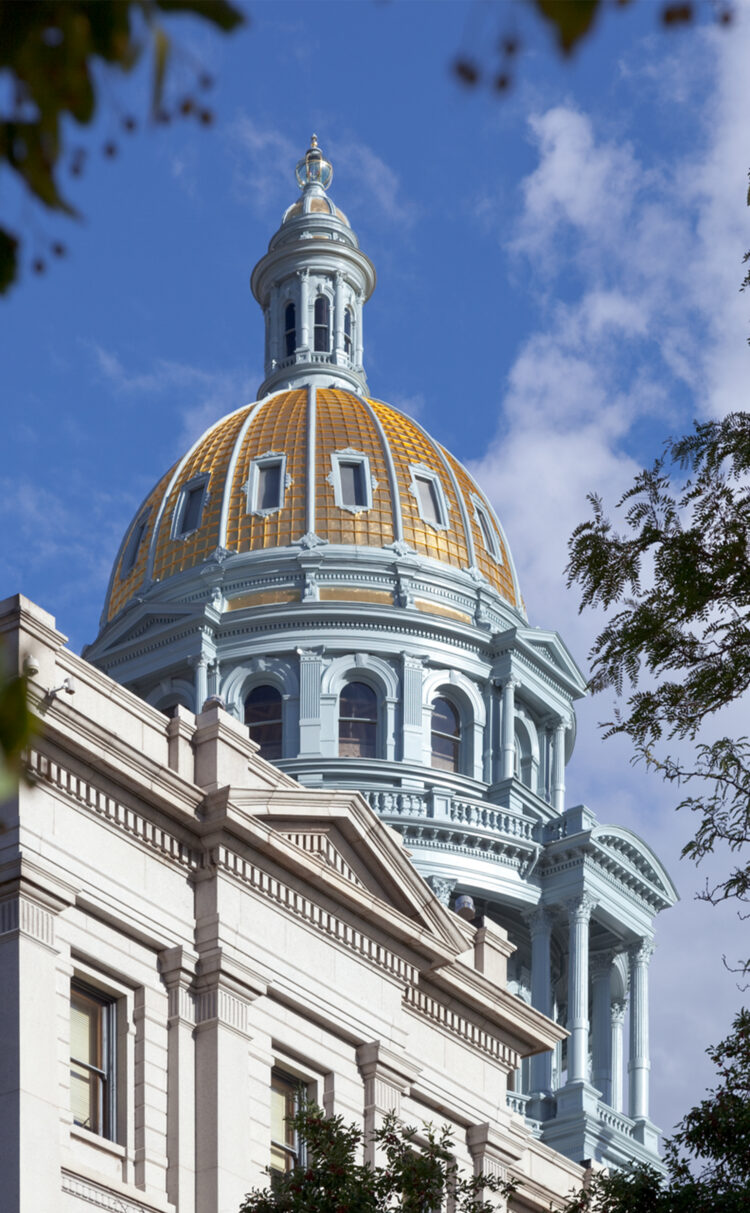 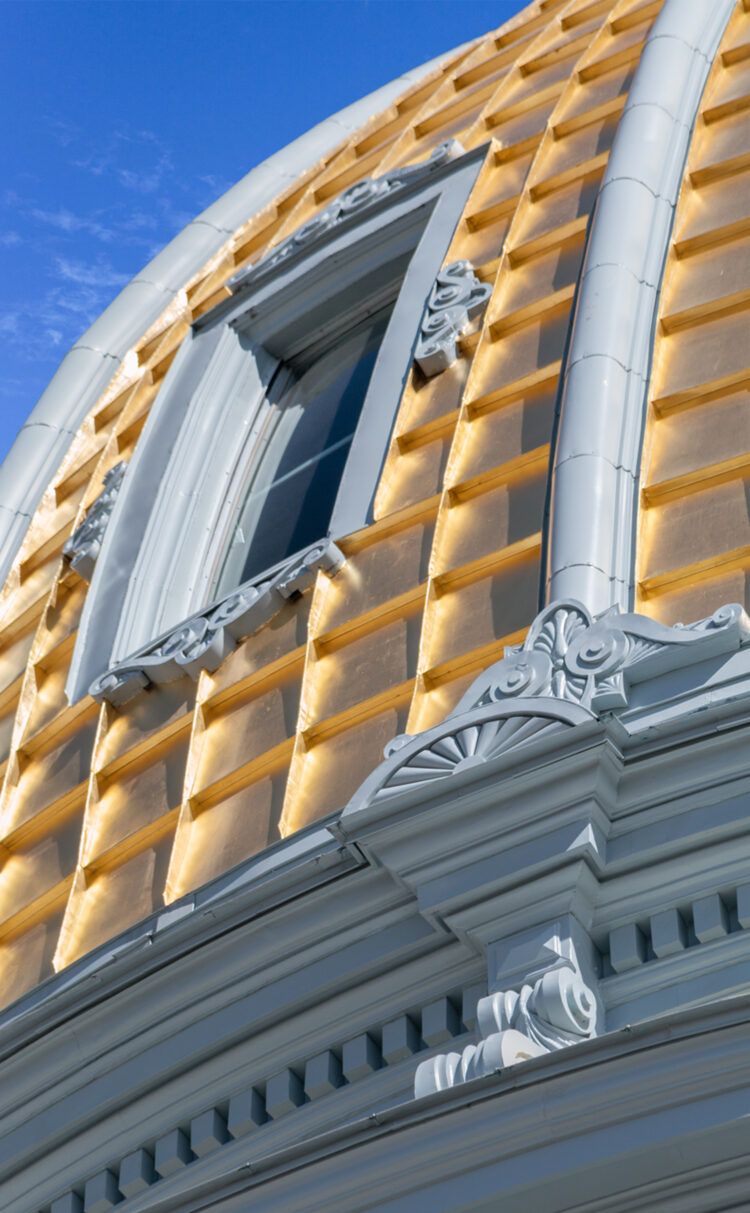 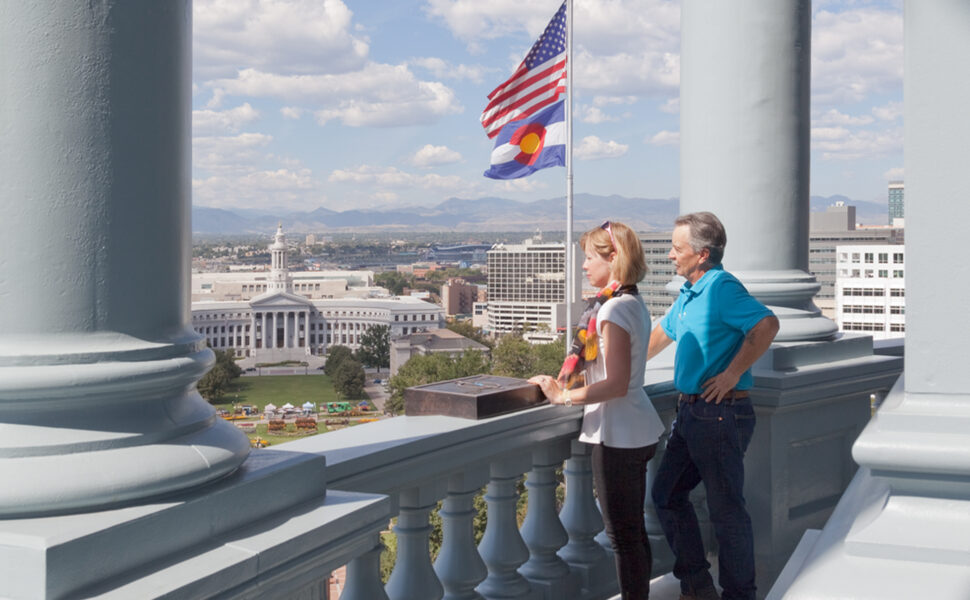 View from the Top

Prior to restoration, access was closed to the lookout point. Now, once again, guests visit the observation deck for dramatic and memorable views of the Rocky Mountains. 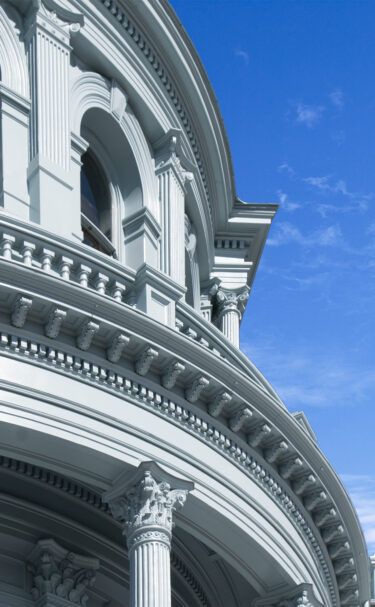 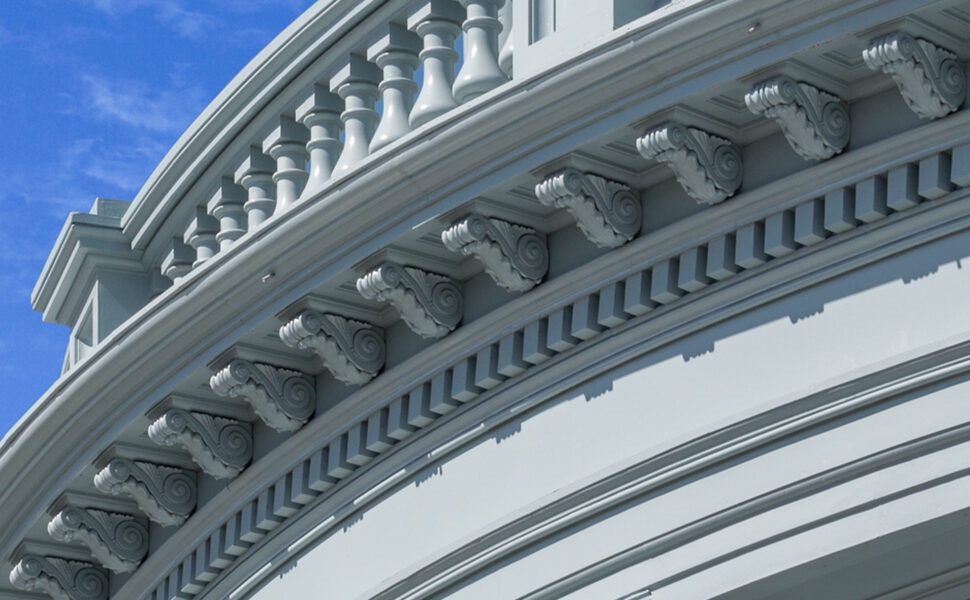 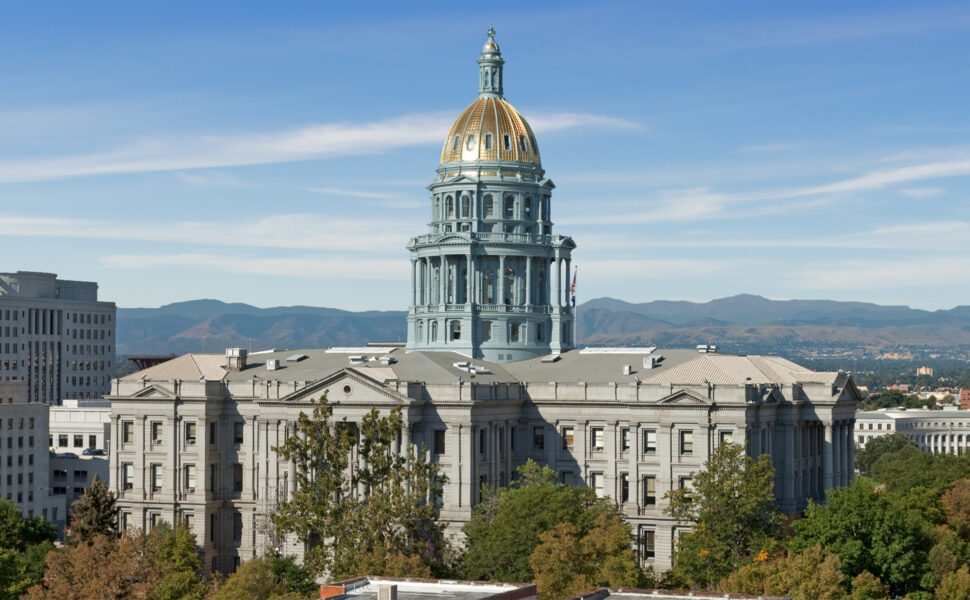 The roof of the entire capitol has been replaced with slate from Pennsylvania and copper, replicating the original materials.

The granite façade restoration required a masonry mortar analysis, and a paint analysis of the window frames to ensure the new work matched the historic materials and finishes. 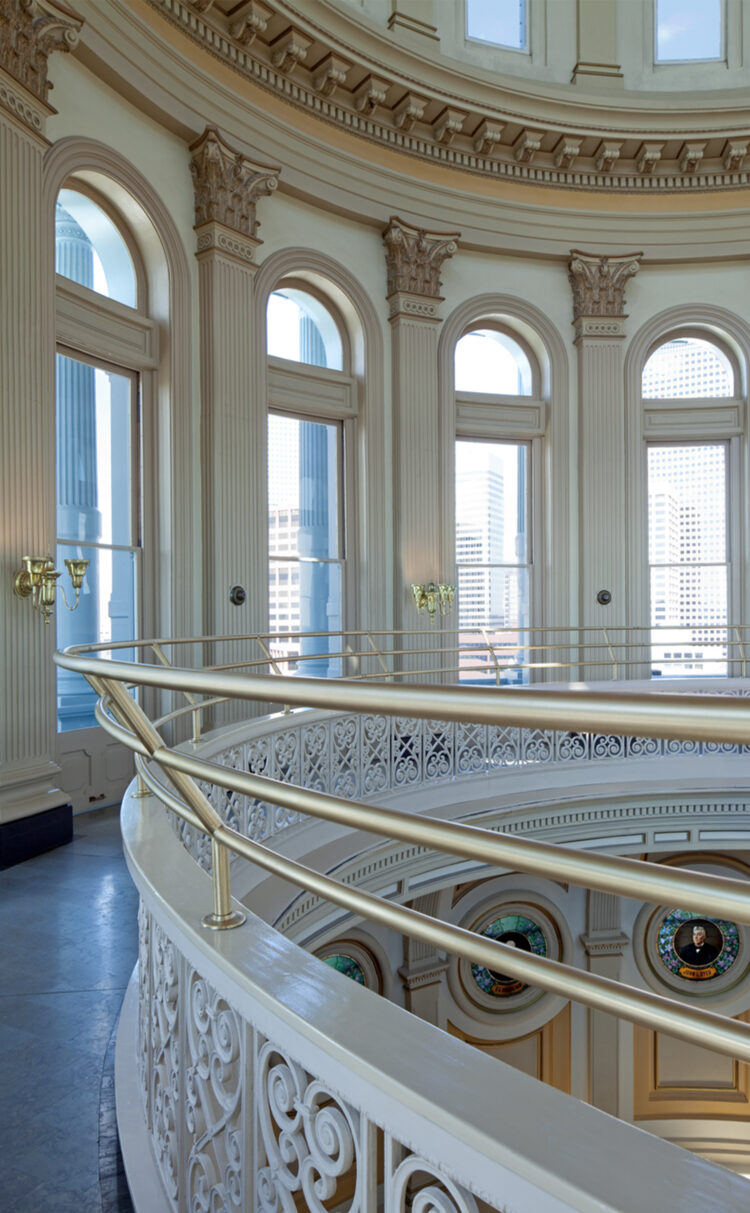 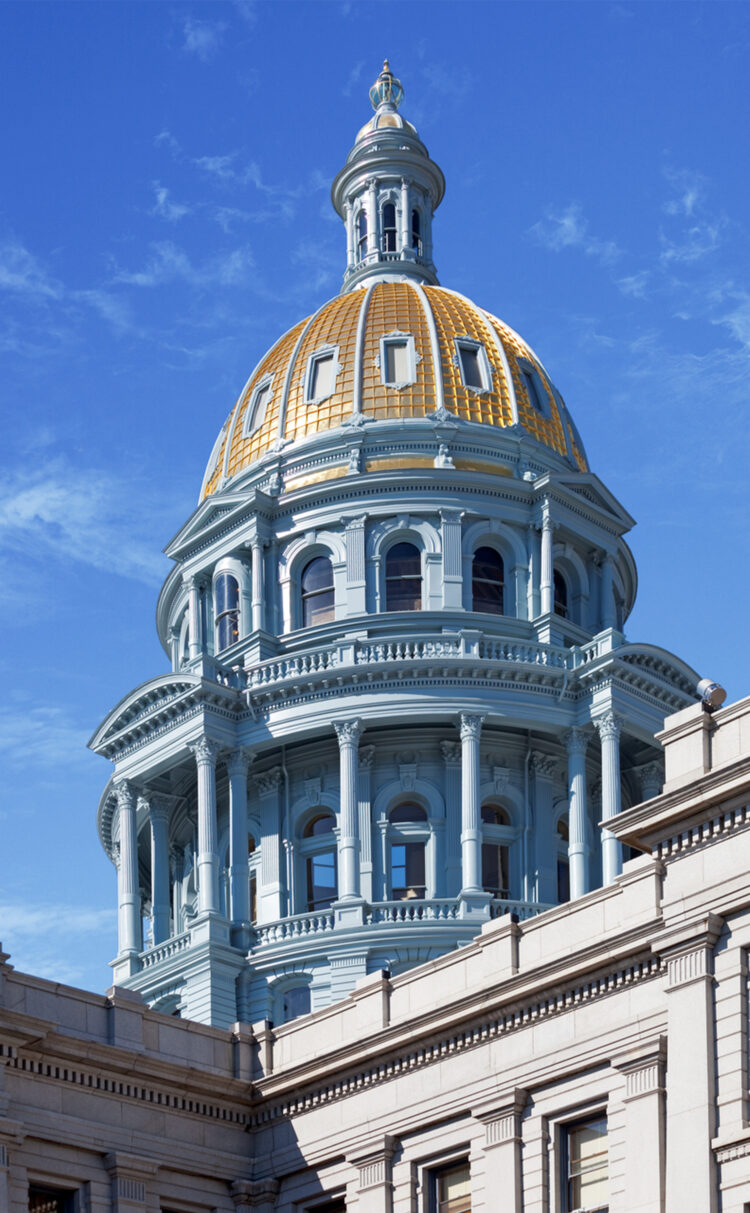 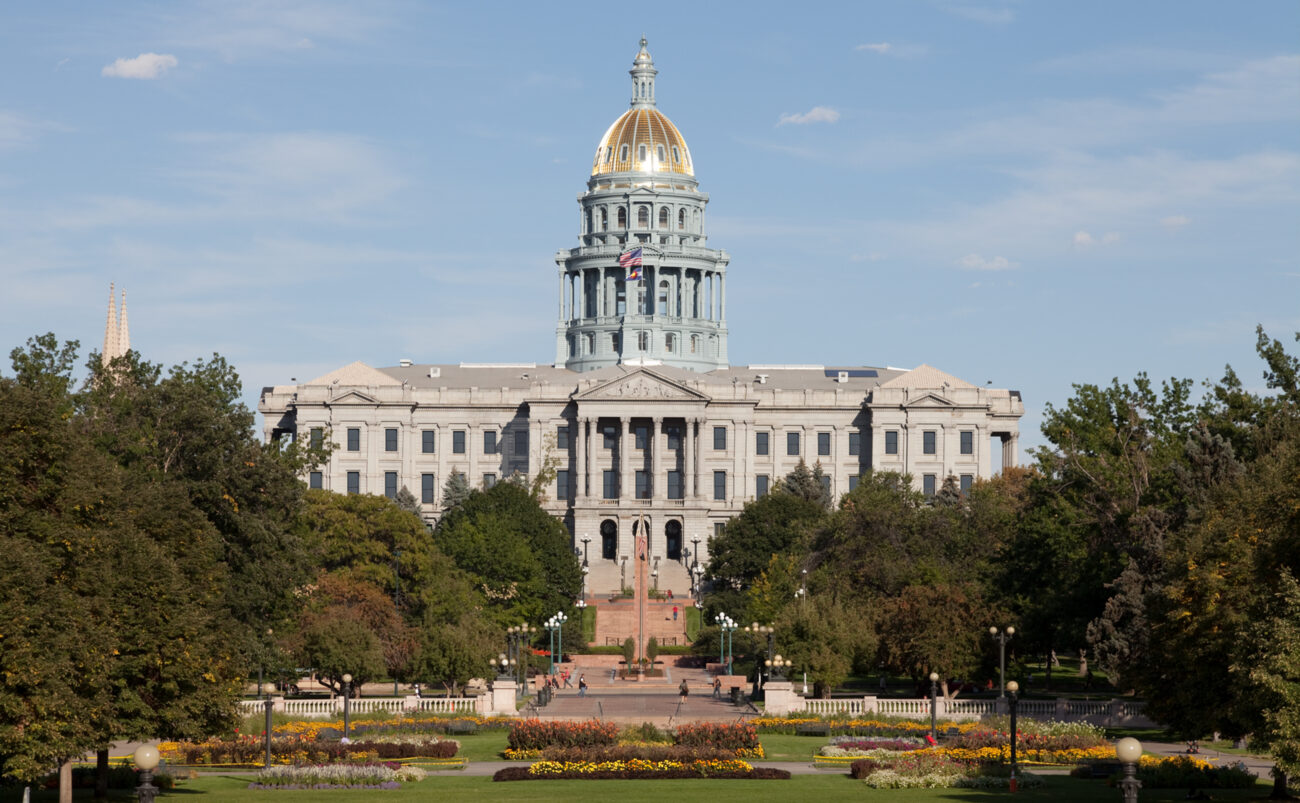