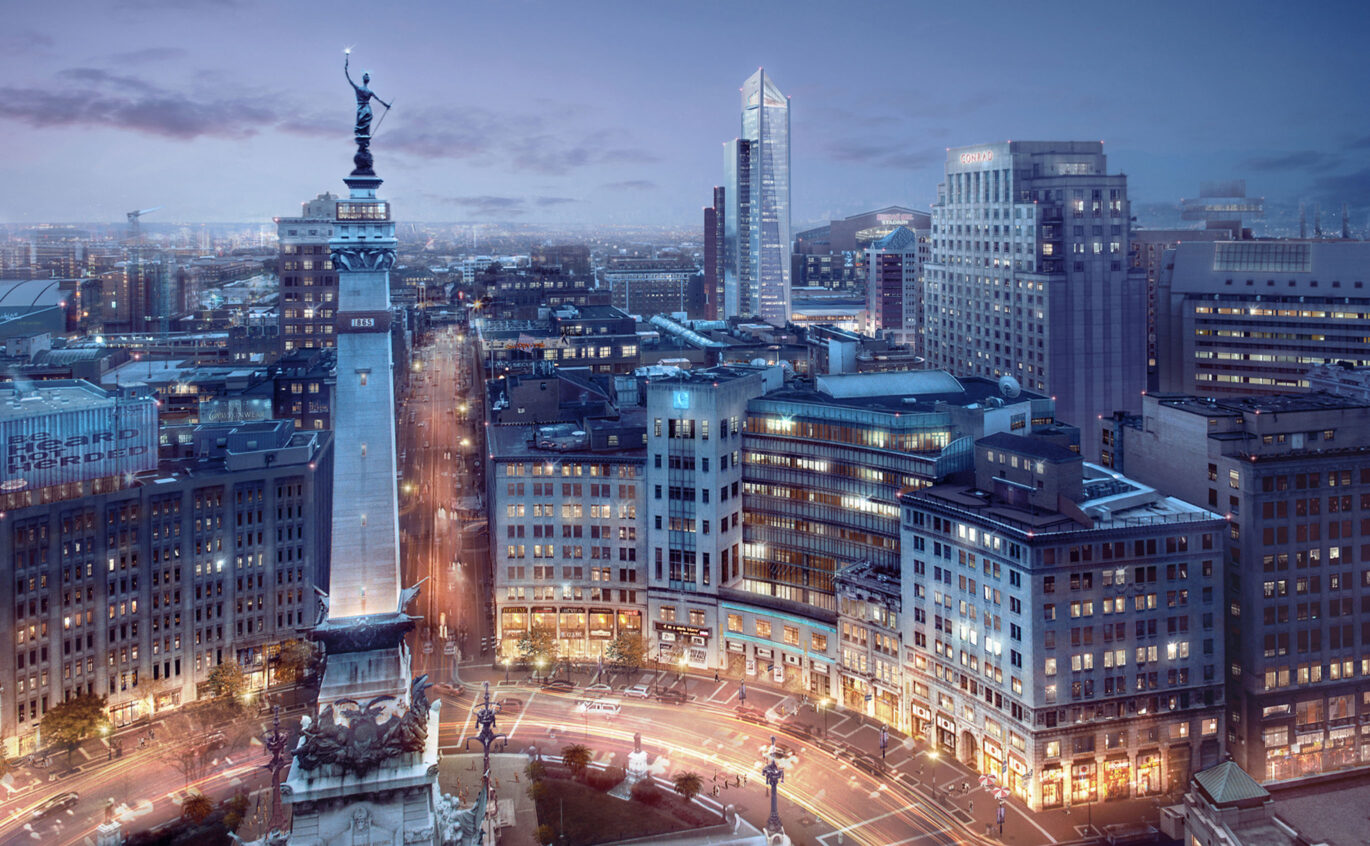 Rising from the southwest corner of downtown, sparkling and white, the Signia by Hilton hotel will change the Indianapolis skyline. When complete, the 40-story tower will cater to convention-goers and create an anchor in the highly walkable Wholesale District. 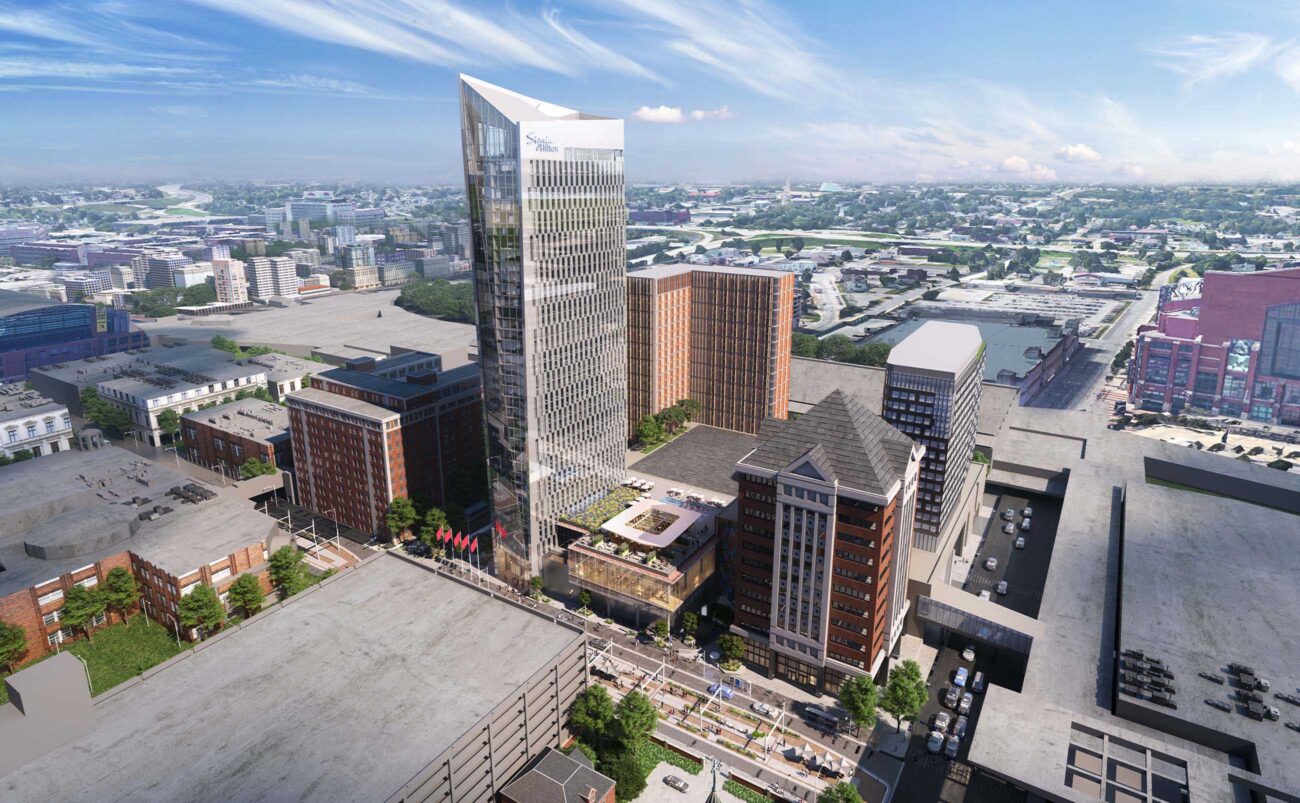 Signia will activate an entire city block and define a new business-traveler brand for Hilton, all while reinforcing the city’s position as a convention capital. Thanks to the hotel’s three ballrooms, including the largest in the state at 50,000 square feet, Indianapolis will have the infrastructure to host two major conventions at the same time, keeping the city competitive as a first-tier convention destination.

Signia’s sophistication also elevates Indianapolis to a new level for global business travelers. The scale of the lobby and grand staircase are unmatched in the city, creating the energetic environment that frequent travelers experience in world capitals. The swanky style flows all the way up to the Sky Lounge bar and lounge. The feeling of ambition is balanced by approachable human-scale engagement on the street level uninterrupted by the hotel’s vehicular traffic, which is routed into the middle of the block.

This will be one of the first Signia by Hilton hotels and the tallest hotel in Indiana. As we emerge from a global pandemic, it will be a shining example of what the capital can offer — and become. 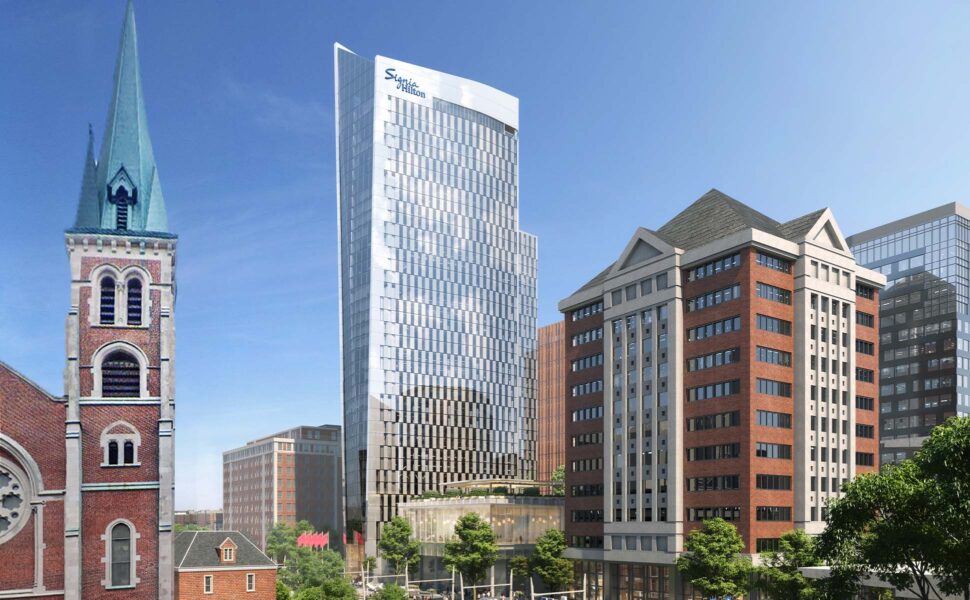 An all-glass exterior will catch the light, a modern contrast to the surrounding brick-and-stone buildings. 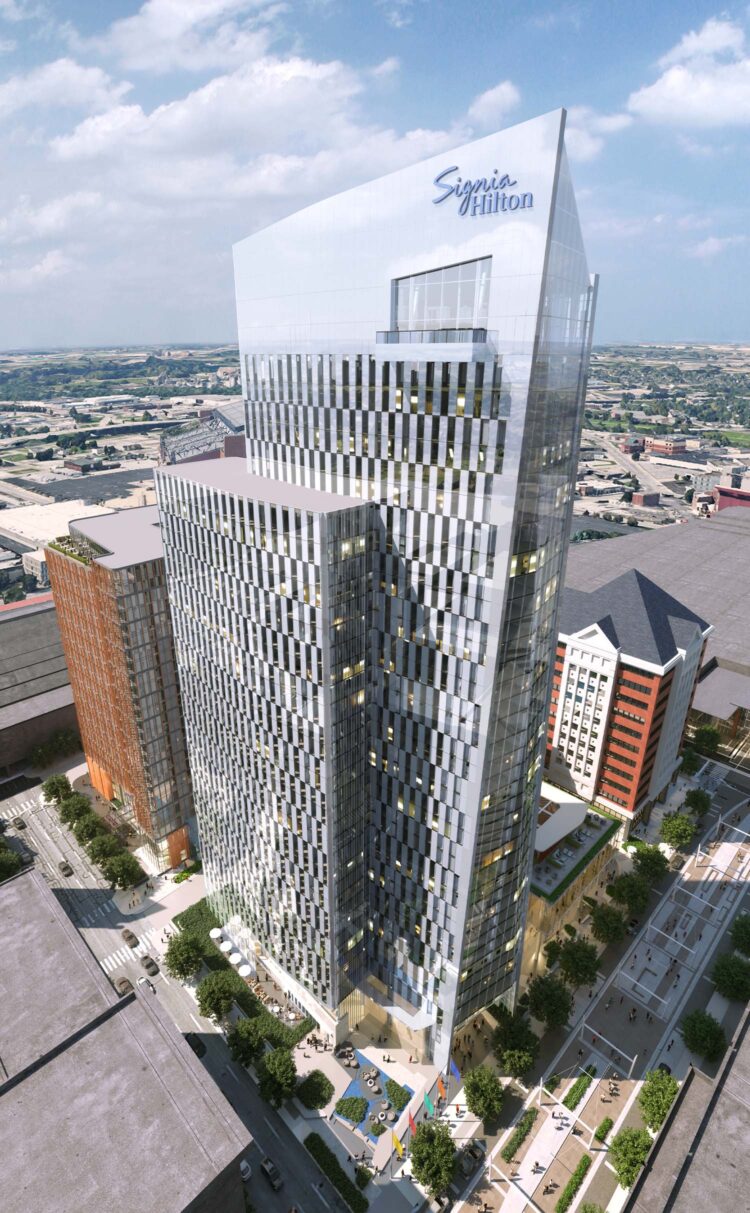 On its north face, the building leans forward and makes a turn, nodding back toward the heart of the city and Monument Circle. The top slope finishes toward the sky like a punctuation point.

Inside the top-level Sky Lounge, visitors will enjoy a high-end experience, spectacular views, and refined finishes. 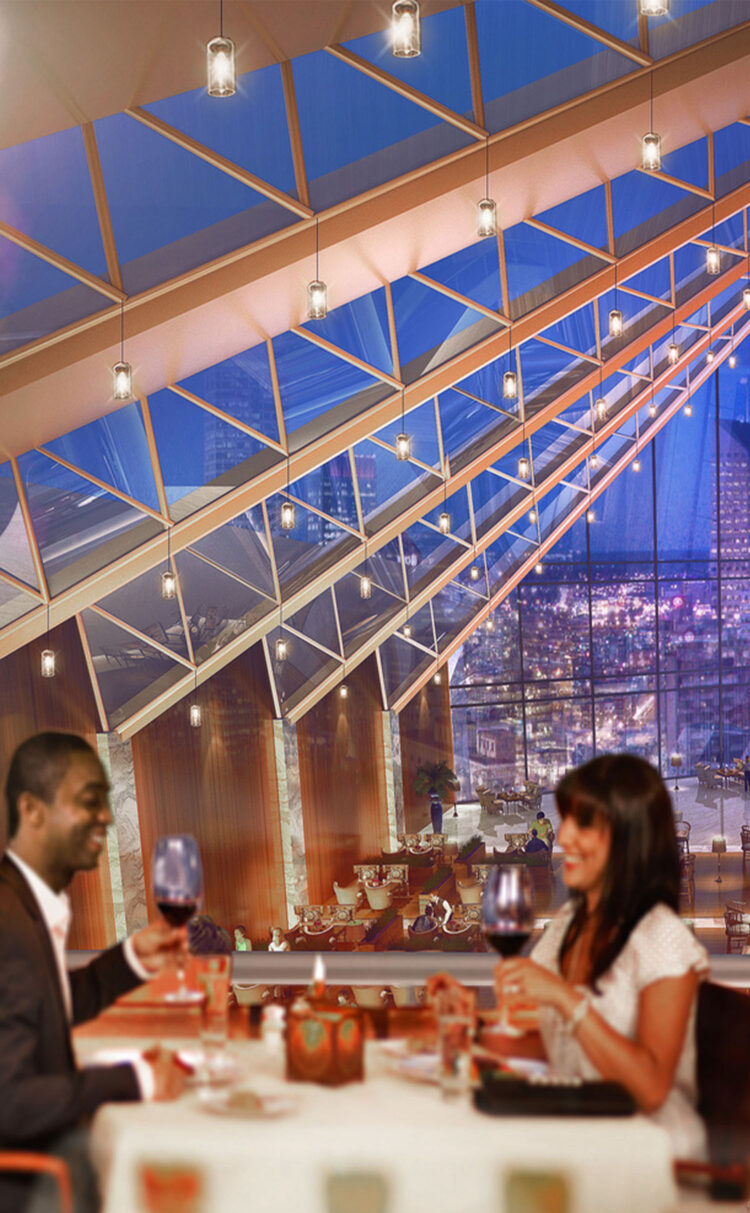 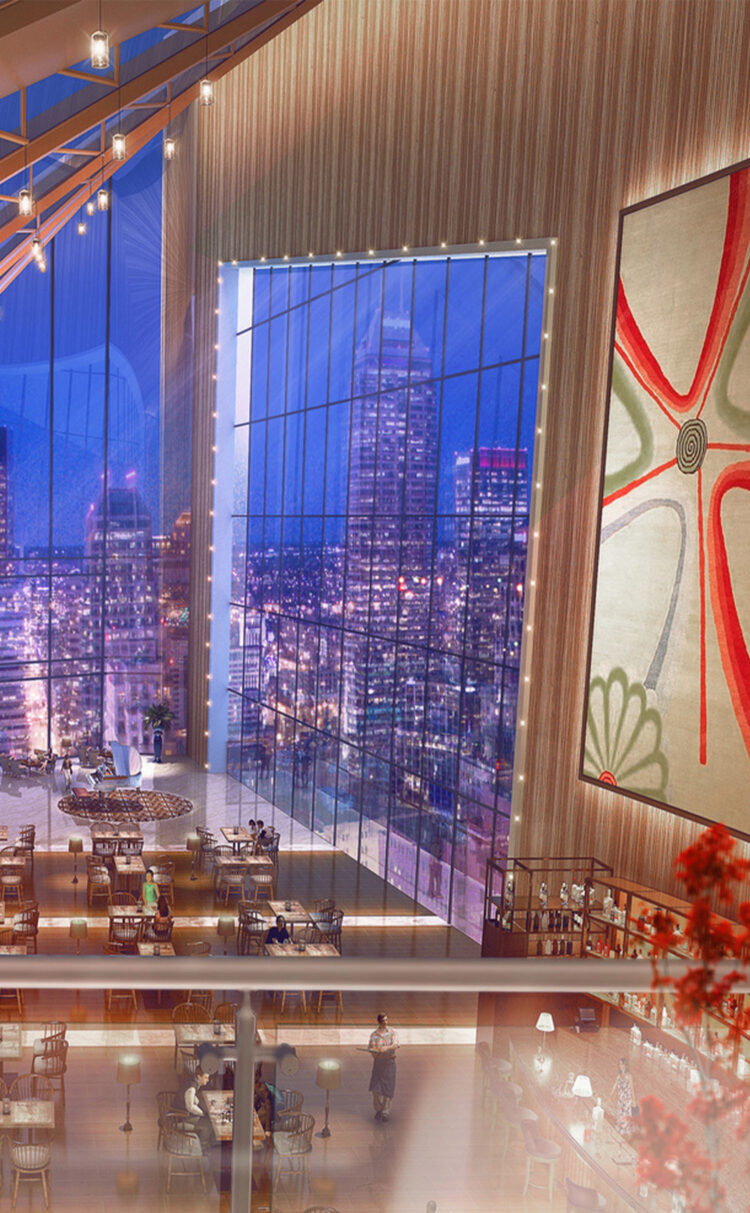 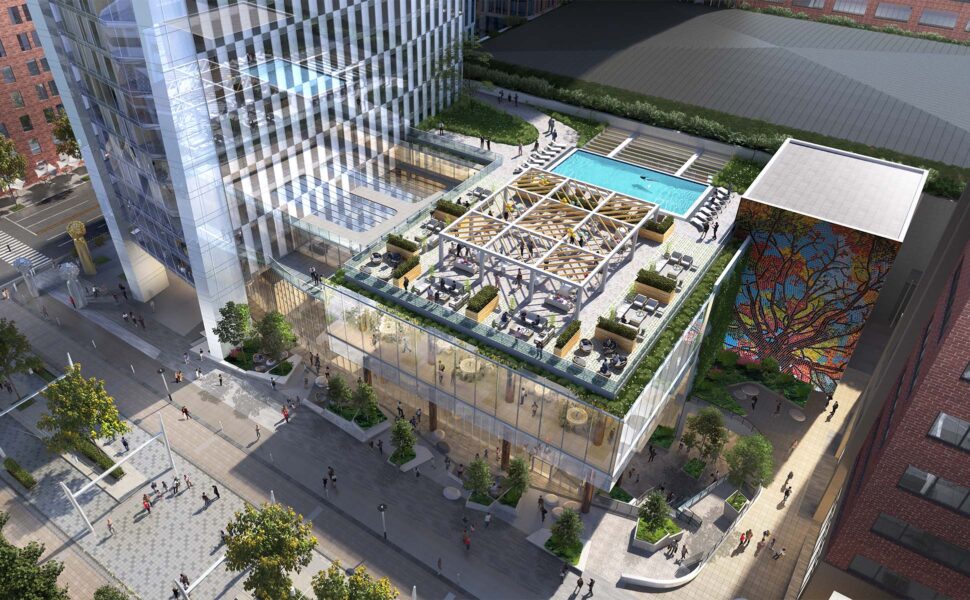 A balcony and pool deck sit atop the three-story podium, above the Signature Ballroom and overlooking Georgia Street.