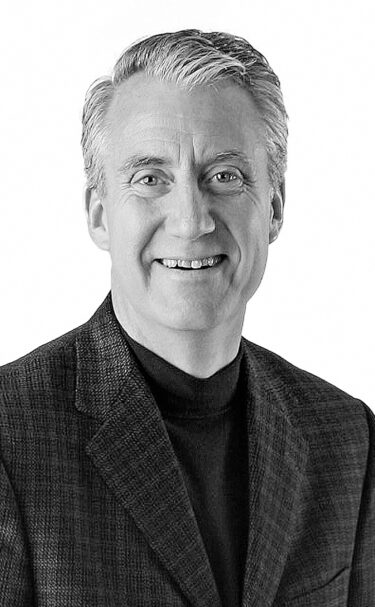 Bill Browne is an architect, a business leader, and a preservationist. Bill believes in the power of architecture to advance communities. He has dedicated his career to this singular purpose. For Bill, every building and every personal interaction shapes a legacy. He has the unique ability to lead and to listen, simultaneously. With an emphasis on collaboration, Bill guides the RATIO team as they address the increasingly complex, functionally layered realities of the world today.

Bill is comfortable in front of an audience, thanks to a childhood and adolescence spent (literally) on stage and on the playing field. A singer and a natural athlete, he might have taken a different path — if not for an early and consuming passion for art and design. By the time he was 10, Bill knew he’d be an architect.

After spending his early design career in D.C. and New York, Bill returned to his home city of Indianapolis, recognizing the opportunity to elevate local design. With two partners, he founded RATIO (as HDG) in 1982, initially specializing in preservation, and quickly expanding to complex, visible, and transformational projects like Market Tower, the Indiana Convention Center, and campus enhancements for The Children’s Museum of Indianapolis, the Indiana State Museum, and Indiana University. Over the last four decades, Bill has overseen the expansion of RATIO to include studios in Chicago, Denver, Raleigh, and Champaign, IL serving domestic and international design clientele.